A European Cabin Crew Association -EurECCA- has taken off

The 7 founders of EurECCA, representing France, Germany, Italy, Portugal, Spain and the Netherlands, with more than 35000 affiliates came together in Brussels to join forces and to create EurECCA.

EurECCA, the European Cabin Crew Association will put together experience and resources from these national unions in a new organisation dedicated to protect and to promote aspects of social concern, as well as safety and security matters.

EurECCA welcomes cabin crew unions from all over Europe, who share the vision of a democratic, solidary and prosperous Europe, to work together on these matters on a European level. Annette Groeneveld from Dutch VNC says: "Unfair competition is destroying European aviation. EurECCA is uniting cabin crew to fight for the industry and for decent jobs”. Xavier Gautier from French SNPNC: “due to evolution in European civil aviation it is urgent for European Cabin Crew to be heard”. 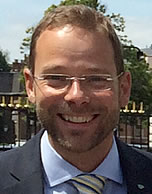 German based Christoph Drescher from UFO stated: “the ongoing changes in the European airline industry need a competent and effective voice towards the institutions as well as to the industry.”