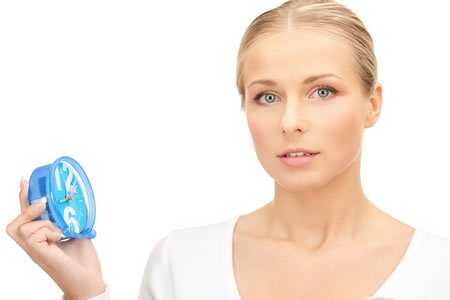 EurECCA considers that the regulation n°83/2014 published on the 29th of January 2014 concerning flight and duty time limitations and rest requirements adopted by the commission (DG Move) and voted by the European Parliament on the 8th of October 2013 clearly endangers the flight safety and, subsequently, the passengers and cabin crew safety.

Despite a large number of remarks submitted by trade organisations for a safe Flight Time Limitations regulation, documented by scientific studies, the Commission adopted a Regulation responding to economic contingencies of airlines whose consequences on human health, safety and working conditions are dangerous and socially unacceptable.

Despite an independent scientific study, ordered by the EU, recommending some practical changes in the EU regulatory provisions on working conditions to guarantee that both passengers and crews be protected from fatigue-derived risks, the Commission has gone ahead ignoring the precautionary principle.

As a consequence, this new proposed regulation might become enforceable without due consideration for:

This regulation 83/2014 will raise the following issues:
a) Not all the burden of work during the length of work would be taken into account:

The text provides for limiting the crews’ daily working time on the basis of one single factor, i.e. the Flight Duty Time, which does not account for the whole burden of work. Are deducted time between the plane’s arrival at its parking place and the effective end of the crews duty, time dedicated to the positioning (flight as passengers), and standby hours. All these periods of time are ruled out from the daily length of work

b) Limitations of the daily 24-hour work:

It is essential to bear in mind that the maximum values in this regulation are:

All these values are being programmed. In the event of an operational incident (unforeseen circumstances), it is provided to extend them to up to 3 hours, i.e. the work time limit would become some 18 or 22 hours as a minimum effective working time.

These values, daily maximum working time, do not comply with health and safety human standards.

It seems needless to emphasise that all scientific witnesses disagree with these values.

Considering that positioning [flights as passengers] are not counted in the Flight Duty Period (but rather in the 7-day maximum working time), to all the flight duties can be added one or two of such pre-flight arrangements or preparations prior to be allowed to return to the crew home base with shorter or longer stopovers. The uniqueness of this working scheme would allow a weekly working time of 60 hours (7-day maximum working time) !

These specificities and a high laboriousness of their work should actually lead to decrease the limits set in international and EU agreements.

If working time limits are linked with the human body clock (circadian clock) and its own physical limits, Regulation 83/2014 states the opposite.

It is more particularly the case for the maximum working week of 7 days:
« The total duty periods to which a crew member may be assigned shall not exceed ... 60 duty hours in any 7 consecutive days ;... »
[ORO.FTL.210 Flight times and duty periods (a) (1)].

Working time limits of crew members, more particularly cabin crew members, should in no way be systematically higher than the normal limits. This manipulation is unacceptable.

Values of weekly limits are far too high as compared to health and safety human standards.

This regulation 83/2014 provides for a rule which is in no way specific, on the contrary:

« The minimum rest period provided before undertaking an FDP ... shall be at least as long as the preceding duty period ; ... »

Such an equation cannot solve and put an end to fatigue because 1 hour of work is not equal to 1 hour of rest.

Such equality is potty and deceptive.
Human physiological capacities, their limits, remain essential factors for air safety hazards. It is therefore essential to recognise and integrate fatigue, human rest which are intrinsically connected with the circadian physiology in all air operations taking place round the clock.

The human factor has not been taken into consideration.

The rule should therefore be rebuilt on the basis of the following principles:

e) Other proposals are likewise unacceptable or should be modified. Here is a simple list:

No distinction between the pace of work on long-range and medium-range flights;

Limits which can be increased by one hour as compared to those of the flight crew members should take into consideration the consequences of such limits;

The ground work done prior to the flight, even if counted as Flight Duty Period, could exceed the daily working time limit of any ground worker;

The possibility of having 10 sectors per flight duty without weighting their number on the basis of the sector length of time;

No flight time limit to the Flight Duty Period;

5 consecutive days of work are increased to 7;

Similar rest time in the programming and carrying-out services;

Eight possible definitions of night duty to avoid the restrictions of the usual definition;

Sharp and discriminatory differences between rest time and conditions on board proposed to flight crew members and cabin crew members for some flight duties;

No rule whatsoever to define the hours of work, opening the door to unfair competition between airlines;

No rule governing the reliability of the programmed work time;

No break until completing 15 hours of work;

A minimum 8-hour length of time out of a minimum 10-hour rest time is unrealistic, it does not take into account the adequate time dedicated to journeys to and from work and physiological needs;

The possibility to plan the monthly rest periods (‘Recurrent extended recovery rest periods’) out of the crew members’ residences (crew home base);

No compensation for the specific professional laboriousness of the crew members’ work in the total of recurrent extended recovery rest periods;

The absence of a cross-cutting article in all EU regulations on “more favourable provisions” and “on the principle non-regressivity of rights/entitlements”.